Warning: Use of undefined constant DATABASE_SERVER - assumed 'DATABASE_SERVER' (this will throw an Error in a future version of PHP) in /home/rss05px3utmk/domains/scopechautauqua.org/html/wp-config.php on line 30
 Vote-em Out – ScopeChautauqua
↓ Skip to Main Content
Home › Vote-em Out

It is SCOPE’s intention to get the grass roots people on fire over the inroads Albany has take to remove their civil rights. We intend to get Cuomo voted out of office in November of 2014. There are twice as many gun owners as Cuomo got votes back in 2010.

There are several lawsuits going after the SAFE Act.
Best outcome is that some parts of the law may be struck down after years of being dragged through the court system and after spending many hundreds of thousands of dollars. It is not likely that the entire bill will be overturned by the existing liberal courts or even the US Supreme Court.

So what can we do?
Well, to start we need to continue pressing our own representatives at all levels of government. We need to be heard and understood. We must continue to be the squeeky wheel and get attention. Our representatives need to realize that we are not going to give up.
Replace all those representatives who do not support our civil rights and seek to deny us the civil right to protect ourselves.
Cuomo wanted to shove gun control through and beat Obama to the punch on gun control so he would look good as a candidate for President in 2016. Now he needs a lesson in reality. We the people of New York State have committed to the goal of seeing him voted out of office in November of 2014. Same for those in the Assembly and Senate who voted for the bill. 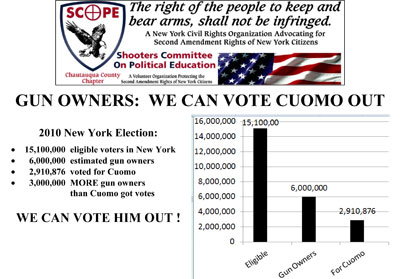 Click on the above for a readable/printable flyer that shows we can do it. 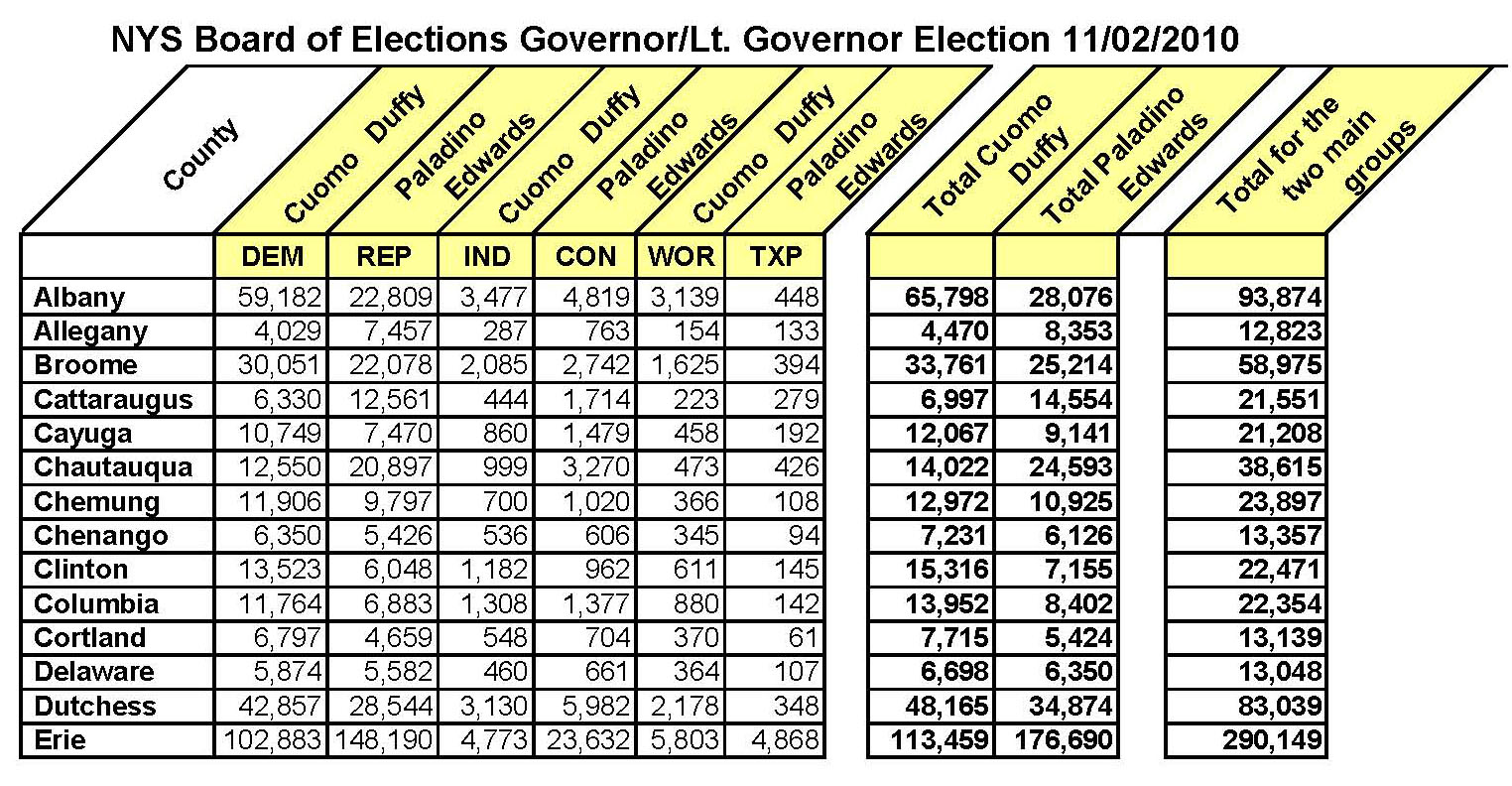 Click on the above for a readable/printable spreadsheet that details the 2010 election results.

Vote! The freedom you save might be yours
Repeal the SAFE ACT with voting power
Freedom preservation
For the people – vote!
By the people – your vote counts
Preserve freedom
Land of the free – let’s keep it that way – vote
Who’s boss here anyway
Fire’em with your vote
Don’t let power go to their head
Don’t forget who’s boss
Let’s take back our country & vote
Taking our country back
Stand up or shut up
Convict the guilty not the innocent
Vote the political mafia out of office
Vote and take our country back
Don’t vote and lose the battle
Don’t vote and lose your freedom
Cause & effect – vote to be free
Don’ vote – you lose
Exercise your rights – vote!
Sportsman? Vote!